Hong Kong, 2017
Request: Create an Eye-Catching Wordmark/Emblem Type Logo for a Gemstone Company.
Brief: Iskkon is a supplier of nearly all kinds of gem quality minerals including Rough, Diamonds, Precious, and Semi Precious Stones. Through our experience of over 30 years we have managed to vertically integrate all aspects of the trade from procuring rough from the mine, to sourcing polished assorted gemstones directly to our clientele.
Target audience: The  target market is split between large jewelry brands and boutique fashion houses.
Software: Illustrator.

Netherlands, 2015
Request: To create a label for a spanish range, called “Campo del Sol”.
Brief: The company will centre around natural health products such as herbs, adaptogens, nootropics etc.
Label needs to have a modern, fresh, clean and appealing desing.
Target audience: Wines will be sold in the on trade (restaurant business) so a classy touch would help to be an eyecatcher on every diner table.
Software: Illustrator.

Francia, 2015
Request: Create an awesome logo for the coming Guadeloupe community website: Gwadaka.
Brief: Gwada + Ka
Guadeloupe (/ɡwɑːdəˈluːp/; French pronunciation: ​[ɡwadəlup]; Antillean Creole: Gwadloup) also known as Gwada is an overseas region of France, consisting of a single overseas department, located in the Leeward Islands, part of the Lesser Antilles in the Caribbean. It has a land area of 1,628 square kilometres (629 sq. mi) and a population of 403,750 (as of January 2014).
Gwo ka (Big drum) also known as Ka is both a family of hand drums and the music created with them, which is a major part of Guadeloupean folk music.The origin of Gwo Ka goes back to the period of enslavement in the 18th century. Musical research show that the instrument can find its roots in the drums and songs of the West African countries (Guinea gulf, Congo…). From the diverse music and dance of their homelands, the slaves elaborated a communication tool, a new form of art, like the creole language: the Gwo Ka. This musical genre is characterised by an African typology: – repetitive form – improvisation –physical movements linked to music – a response between a soloist and choir – a syncopation weak times Gwo-ka, is a quadruple entity: dance, music, instrument, song.
Software: Illustrator 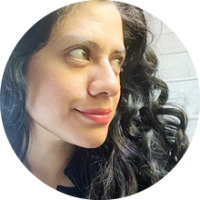